An ancient region where gentle hills chase each other and vineyards radically mark the landscape.
Langhe today is the land of one of the greatest wines in the world: Barolo. 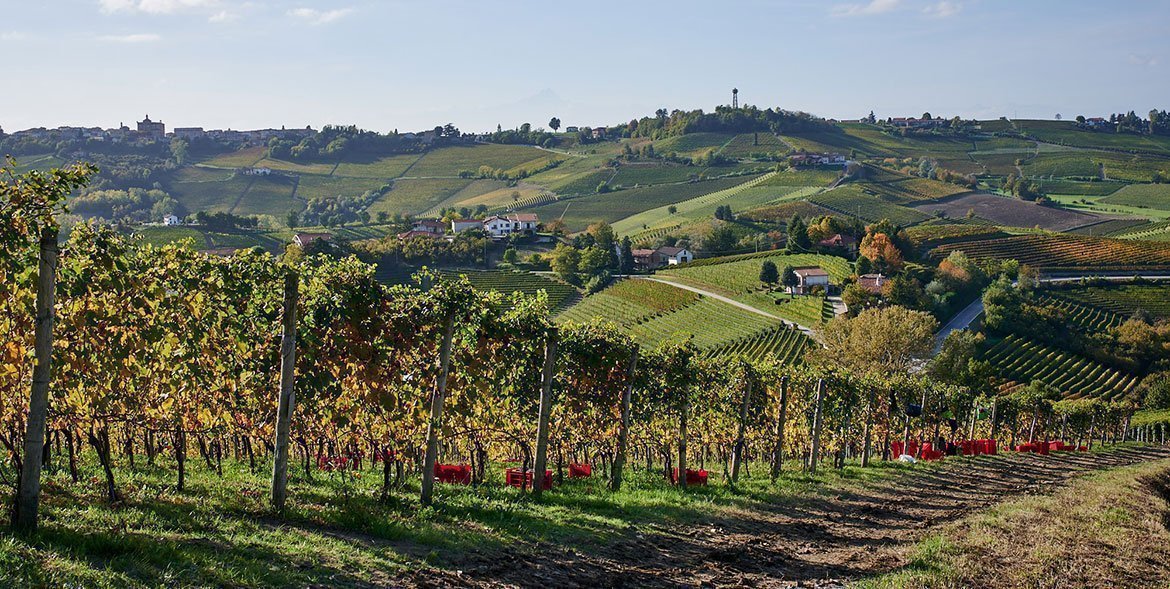 In 2010, the MGA (Menzioni Geografiche Aggiuntive) has been defined for each village, for a total of 170 historical vineyards, internationally known as Crus, outlined by specific characteristics, recognizable and well-differentiated. According to the tradition of the Langhe, in these single vineyards can be grown not only Nebbiolo vines but also Barbera, Dolcetto, and other grapes. Bussia, in the villages of Monforte d’Alba and Barolo,  is among the most historical and important Crus. 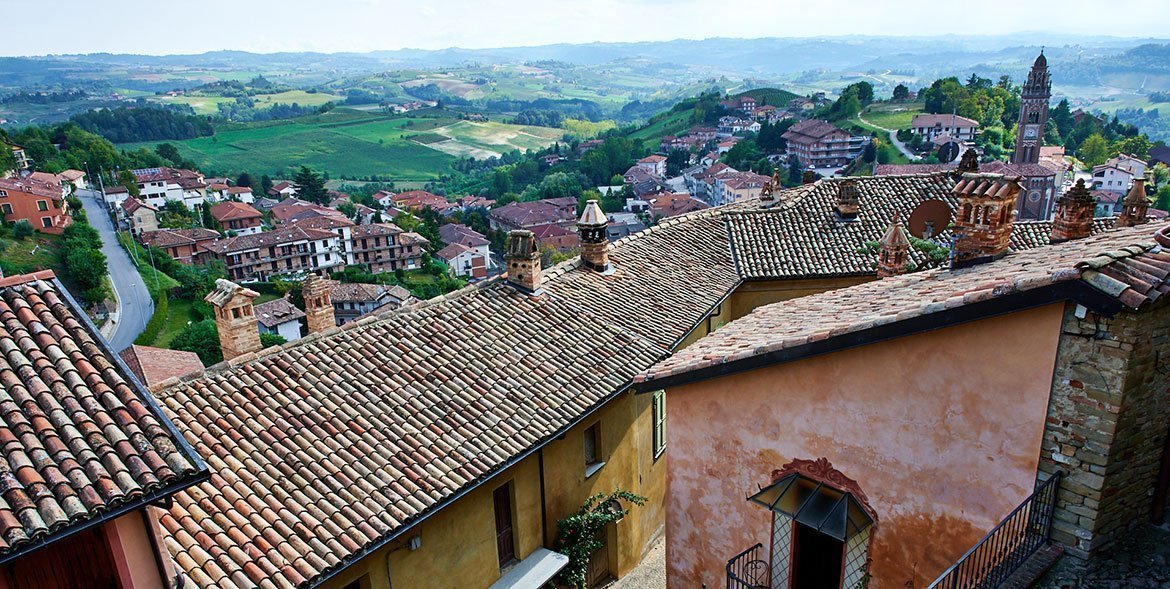 From the morphological point of view, the area consists of a sequence of hills, sometimes gentle, sometimes steeper, divided into 3 main hillside ridges, developing from north to south – giving rise to the eastern and western slopes – and multiple secondary ridges that instead develop from east to west, originating the northern and southern slopes.
The highest point is in Monforte d’Alba, with Bricco Bastia at 557 meters above sea level (1827 feet).

The geological formations of the Langhe subsoils have a sedimentary and marine origin and the oldest ones can be found in the south-east part and date back to 10-12 million years ago.